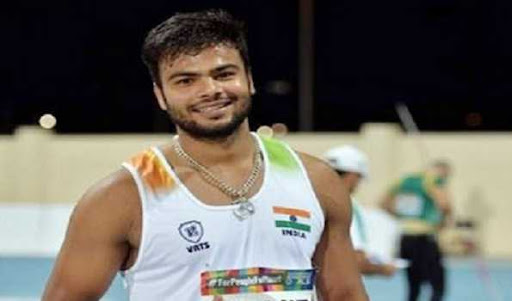 Sumit Antil (born 6 July 1998) is an Indian Paralympian and javelin thrower. He won a gold medal in the men’s javelin throw F64 category at the 2020 Summer Paralympics. He created a world record, throwing 68.55 meters in the final.

Sumit lost his left leg below the knee after he was involved in a motorbike accident in 2015. Sumit is supported by the GoSports Foundation through the Para Champions Programme. Sumit was introduced to Para athletics by another para-athlete, Rajkumar, while he was pursuing his B.Com in Delhi.

In 2017, Sumit started training under Nitin Jaiswal in Delhi, and from then he started competing in various National and International platforms. Sumit displayed very early on that he had the skill and ability to exceed at javelin throw, and began to perform very well on the National circuit at different events despite his very young age.

After witnessing his talent, hard work, and potential, GoSports inducted him into the Para Champions Programme in 2019 and he has only got better since then.